At the “heart” of her return to work: Affordable health insurance 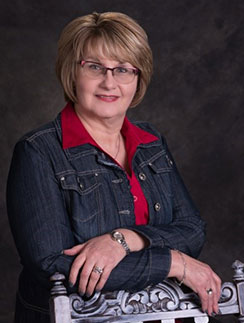 Stacey Brown’s path to cardiovascular health has been a tortuous one. Brown had open-heart bypass surgery in January 2017 after a third stent in her “widow maker” artery failed, yet again. “My body just wouldn’t accept the stents,” Brown said. Although she had never been healthier—she had lost about 85 pounds and was exercising daily—Brown knew she would die if her left anterior descending artery wasn’t surgically repaired.

Her heart health was among the reasons Brown decided to join the Texas Health and Human Services Commission (HHSC) in March 2019. She had retired from her job as County Clerk for Ochiltree County that same year, but the county did not offer retirees continued health insurance. “I cannot ever see myself going without some type of health insurance,” Brown said. “I take many medications and I’m sure if I didn’t have insurance, the cost of those prescriptions would be a lot more than I could afford.”

So, too, would have been the cost of another heart-related condition that landed Brown in an ambulance, speeding from Perryton to Amarillo—more than 100 miles away—with her heart racing at 254 beats per minute. “I spent two nights and three days in the hospital,” Brown recalled. During such emergencies, “you always hope your insurance will pay its share,” she said, and she was relieved to find that “the portion I had to pay was reasonable and fair.”

During her hospital stay, Brown learned she has supraventricular tachycardia (SVT), which she describes as “an electrical short in your heart that causes it to flutter.” SVT is manageable through prescription medications—one that keeps the heartbeat normal and another that helps prevent blood-clotting that can lead to stroke and other conditions—and twice-a-year visits with her neurologist. Brown also now uses a continuous positive airway pressure (CPAP) machine when she sleeps. Her HealthSelect of Texas insurance and prescription drug program cover most of the cost. “I have a $40 copay when I see the neurologist, and my CPAP supplies are usually not more than $10 a month.”

Brown knows she is fortunate. In her job as a Texas works advisor, Brown interviews clients for food stamps and Medicaid services. “This is a very busy time—we are on mandatory overtime,” she said. Because of the pandemic, “there are a lot of people out of work right now—and many of them had never needed benefits before.” Indeed, many Ochiltree County residents are reluctant to step into the Perryton HHSC office, “but we tell them they are in a situation they cannot control and that that’s what we’re here for—to help people get back on their feet.”

Brown plans to continue assisting fellow Texans for a few more years—until, at least, she has chalked up 10 years as a State of Texas employee. Health insurance is the major draw. “I understand the state currently provides health insurance and helps cover the premium for eligible retirees who work for the state for at least 10 years. This is a real incentive for me.”