Taking charge: How to use Consumer Directed HealthSelect to your health advantage 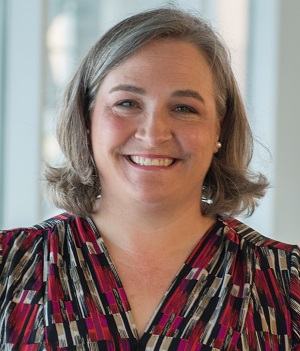 Eileen Eiden has a head for details. As the Student Loans Supervisor at Austin Community College (ACC), Eiden works with students to make sure they understand their rights and responsibilities regarding loans, and how to handle repayment.

Another of Eiden’s responsibilities is making sure ACC stays within Federal and State Financial Aid regulations. To do this, she must stay up to date on the laws that govern the industry.

It’s no wonder, then, that Eiden would put her considerable analytical skills to work when choosing a health plan. She ran the numbers and reviewed tax laws and found that her best choice would be a high-deductible health plan (HDHP) with health savings account (HSA).

When the Illinois native moved to Texas in 2011 to take a job in the private sector, her employer offered an HDHP. However, when Eiden joined ACC in 2014, such a plan wasn’t among her coverage options. “I was surprised, and I kept asking when ERS would offer a high-deductible plan,” Eiden recalled.

Eiden was a bit ahead of the curve. It would be two years before ERS offered Consumer Directed HealthSelectSM in 2016. Eiden promptly signed up and is happy to explain why the plan is a good fit for her and, perhaps, for others.

An HDHP “is perfect for healthy adults, especially if you see a doctor only once a year. Your in-network preventive care is fully covered, with no copay or coinsurance,” Eiden explained. Then, there is the HSA. “It’s like a 401(k), but for health.” 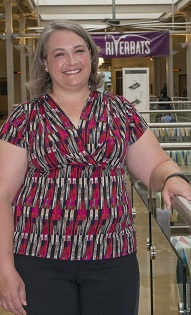 Eileen Eiden’s modus operandi: Embracing the unknown
Eileen Eiden was on a traditional plan when her then-employer first offered her a high-deductible health plan (HDHP) with a health savings accounts (HSA).

“What scared me the most was the possibility that I wouldn’t be able to pay for my medical care,” Eiden stated. “Once I started adding money to my HSA, that was no longer an issue.”

Taking risks is a way of life for Eiden, who moved to Austin after the 2009 recession. “You can’t be scared to take a risk with your professional career, or you will lose out,” Eiden asserted. “I said ‘yes’ to the job, packed up my things and moved to Austin with no family or friends. I have never looked back and I do not regret the decision.”

Students at Austin Community College (ACC) have certainly benefitted from Eiden’s decision to relocate here. “I love helping students get to their career goals,” she said, adding that part of that effort includes offering students the honest truth.

“I sometimes have to tell students that reaching their goals will require making sacrifices, such as losing time with family and friends so they can study for a test or spending less because they may be working less,” Eiden explained. “These are hard talks to have, but essential. In the end, I want students to graduate with their degrees and be successful in their fields.”

Eiden recalled working with one student who got into ACC nursing program. “It wasn’t easy, but she got through it.” Upon graduation, the student passed the nursing certification on her first try and now works at a local hospital. “She loves her job, and that is just one example of why I love my job!”

Eiden is satisfied with her personal life, as well. Moving to a new state, alone, takes adjustment, but Eiden is resilient. “In the last few years, I have volunteered for different organizations, like the Junior League of Austin. The Junior League has helped me learn a lot about the Austin community, the State of Texas and myself,” she said. “And I have made lasting friendships at the same time.”

When Consumer Directed HealthSelect members open an Optum Bank HSA, they can save money each year (the annual contribution limit is set by the Internal Revenue Service), plus the State of Texas contributes tax-free dollars to their account. “You can use this money for your health expenses,” Eiden explained. And, if you should leave your job, the money in your account—even the portion contributed by the state—is yours to keep. In time, the funds in an HSA can accumulate and can earn interest and investment earnings.

Eiden acknowledged that plans like Consumer Directed HealthSelect might be risky for people who don’t have enough cash to cover the plan’s annual deductible. If you haven’t saved enough in your HSA to meet the deductible, you could be faced with a financial challenge. If you think you might have non-preventive health needs during the plan year, saving is essential in the plan.

One way Eiden saves is by “exhausting” her paycheck: she will take all the legal measures she can to reduce her taxable income. “One year, I calculated my taxes and found that I would owe the federal government around $200,” Eiden explained. “When I took the option to put some money into my HSA immediately, I ended up getting a refund instead.”

Eiden has found that she sometimes pays less out-of-pocket than she would in a traditional plan. On example: Eiden had surgery to repair an injury to her ACL. In paying for the surgery and medical expenses related to it, she met her deductible and came very close to reaching the plan’s out-of-pocket maximum. She paid co-insurance for a couple of the post-surgery physical therapy sessions, but once Eiden met that maximum, her physical therapy was covered at 100%. “My physical therapy was longer than normal—it took me more than six months to get full range-of-motion in my knee,” Eiden said. Had she been enrolled in a traditional plan, she would have had to pay a copay for each of the twice-weekly sessions.

For Eiden, participating in an HDHP has led to another positive outcome: she has become her own best advocate. After having a severe ankle injury, Eiden wanted to follow her [physical therapist’s/ orthopedist’s/whoever’s] suggestion to have more extensive physical therapy than what insurance covers. She found she could bargain with health care providers to keep her costs in check. She talked with her therapist, who agreed to keep each session at the insurance rate of $60 instead of the $100 patients without insurance are usually charged. And she was able to pay for it out of her HSA.

Another thing Eiden likes about Consumer Directed HealthSelect is the freedom. She does not have to choose a primary care provider (PCP) and she can see a specialist without first getting a referral. “I really like being able to see who I want when I want to see them!” It’s important to remember that, even though Consumer Directed HealthSelect participants don’t need PCPs or referrals, they can save money by staying in the large, statewide HealthSelect provider network.
Happy with plan choice

More than three-quarters of the Consumer Directed HealthSelect members cited “the ability to choose any in-network provider without a referral” (38.61%) or “monthly employer contributions to my tax-advantaged health savings account” (37.97%) as the thing they like most about the plan.

To learn more about the Consumer Directed HealthSelect health plan and HSA, read the overview.